Girish In Concert - Saturday, April 24th, 7:30 PM to 9:30 PM
Girish is coming back to Ottawa.  He was at PranaShanti for the opening Concert weekend in October 2008.  Joins us for this very special night as Girish is accompanied by Juno Award winner, Errol Starr and his band. Girish is just about to release a new CD called "Diamonds in the Sun". We're sure to hear some of the wonderful tracks from his new CD.

Girish sings traditional Sanskrit mantras with a modern, funky, yet deeply devotional twist. Accompanied by his amazing band, Girish invites his audience to participate by singing along, call and response chanting, and dancing.  If you think you haven't hear him before - check out most of your New Age and Kirtan/Chant CDs and you'll find him there as one of the most sought after musicians and vocalists.

Cost: $25 per person in advance. $30 per person at the door. Children under 12 free admittance. Please book early, space is limited!  Complimentary treats and tea served aftwards. 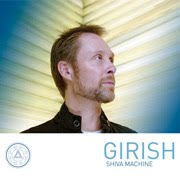 Chant Workshop with Girish
Sunday, April 25th, 2:00 to 5:00 PM
Girish's chanting immersion is for anyone seeking to bring the bliss of Sanskrit chanting into daily life or to deepen an existing chanting practice. You'll explore several of the most powerful Sanskrit mantras and offer practical guidance on integrating them into your yoga, meditation, or pranayama practice.

•The tradition of Bhakti Yoga (the Yoga of Devotion);

•The sacred power of Sanskrit;

•Chants to the Goddess;

•Meaning, pronunciation, and yogic application of all the chants; and

•Resources for further study and inspiration.

Cost: $40 per person. No previous chanting or yoga experience necessary.

Posted by Jeremy Allan Michael Sills at 12:01 AM No comments:

BLISSFUL KIRTAN
Honour your Self! Celebrate your Self!
Immerse your mind in an ancient devotional practice rooted in potent, healing sounds and vibrations that awaken the Self to its innately blissful nature and true identity in the Divine. A chanting circle is not a forum for performance, but is intended to be a sacred inner practice pursued with kindred Souls in an atmosphere of sincerity, humility and gratitude, in remembrance of the One that is in all and everything. Voices and instruments blend together and harmonize within the loving principle sustaining the human heart and breath.
We look forward to welcoming you to our next gathering in the spirit of Love.
_____________________________________

Please refer to the following websites for maps and directions:

Please inform us if you wish for your name to be added to our distribution list at blissfulkirtan@hotmail.com

Posted by Blissful Kirtan at 10:30 PM No comments: 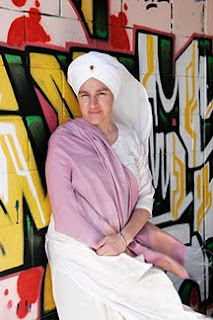 Free - Early Morning Sadhana
Friday, March 19th, 5 AM to 7 AM
Kundalini Yoga Tradition
Join us for sadhana on March 19th. It's a powerful one as we celebrate the Spring Equinox!  I hour of Yoga and 1 hour of Chanting in the ambrosial hours!

We will also be joined with world renowned recording artist Dev Suroop Kaur who will be performing live music for the sadhana chants! Let's give her a warm and friendly welcome to the Ottawa community through the spirit of our voices!

Cost:  Everyone welcome, as always.  A donation to the Food Bank is appreciated.  Complimentary tea and treats served after.


The POWER of ONG with Dev Suroop
Sunday, March 21st
7:00 PM to 8:30 PM
Yogi Bhajan has said that the sound ‘Ong’ must be mastered. After mastering 'Ong', when you chant ‘Ong Namo Guru Dev Namo’, the universe will open up to you. 'Ong' makes things happen.

In this Naad Yoga (the yoga of sound) session, we will embark upon a deep exploration and experience of the vibration of 'Ong', one of the keystones of Kundalini Yoga mantras. We will also learn about the differences between 'Ong' and 'Om'.

About the Teacher:  Dev Suroop Kaur delights in sharing the pure practicality of nurturing a successful and deeply authentic life through the teachings of Yogi Bhajan. An accomplished musician, recording artist, and KRI Certified Kundalini Yoga Teacher Trainer, Dev Suroop Kaur strives to break it down, keep it real, and guide students to their own empowered authenticity. She deeply enjoys training others in the science of Naad Yoga, conscious communication, and how to access the beauty and power of their personal voice. She currently lives with her husband in Espanola, New Mexico and, in addition to her teaching and music activities, works to maintain a peaceful mind as a business executive. For more information, go to www.devsuroop.com.

Come experience Bhakti Yoga with a creative, intuitive approach, to invite the intuitive flow of voice, breath, music to co-create the oneness, silence in between the notes and sounds!

Jeremy Sills will be bringing his healing music, crystal bowls, drumming and harmonic overtoning to each evening. The vibration of sound and color will bring us into perfect harmony as a group and allow individuals to express their own authentic voice from the heart, to restore the sound connection within our own consciousness.

We also welcome, MarJoli, "I Am Joy" artist, teacher and photographer who will be bringing the vibration, temperature and color of sound to the canvas during the kirtan with everyone invited to join in. She will create 2 canvas paintings, and both will be given away in a raffle at the end of the evening. Tickets for the raffle are $5 each.

We will co-create together with voice, instruments, art and movement to create a sacred space in the flow of the moment. Anyone is welcome to join with instruments, voice, dance, or art to create a space for healing and celebration!

Posted by Jeremy Allan Michael Sills at 11:38 AM No comments:

BLISSFUL KIRTAN
Honour your Self! Celebrate your Self!

Sacred chanting is a devotional practice common to all world religions, dedicated to the remembrance of the Divine. The repetition of potent words and phrases entrains the mind into a higher awareness, opens the heart, and serves to deepen one’s understanding of the Soul’s true nature.

To assist in the planning of your Bhakti Yoga practice, please review the following Blissful Kirtan schedule (to August) and mark the dates on your calendar. You will be informed as others are added, in due course. If you would like to be on our distribution list to receive timely reminders of upcoming kirtans, please send a request to: blissfulkirtan@hotmail.com. We would be delighted to welcome you to one of our sacred gatherings.

Please refer to the following websites for maps and directions:
www.santoshayoga.com
www.windhorse-yoga.ca
www.adishaktiyogacentre.com
www.bodhitreeyogacentre.ca
Posted by Blissful Kirtan at 1:31 AM No comments:

Kirtan is a form of yoga that serves to unite the self with its inner Divinity through song.

Coming from India, this ancient tradition has mastered the science of uniting the individual with her or his Divine Nature through songs in the ancient, sacred language of Sanskrit. These songs invoke the many different aspects of God/the Goddess (or if you prefer the different divine aspects of your Self).

While the path of kirtan is that of song, musical experience is not required. You may wish to come and sit in silence, absorbing the beauty of the music. However, the magic of kirtan is that it evokes your Voice. Kirtan is not a performance, but rather a practice of allowing your Authentic Voice to come out. Many people have found their Voice through Kirtan (myself included).

As every community has its own style of kirtan, you may wish to visit all of the kirtans listed on this site to get a feel for which best stirs your heart. Please feel free to share your experiences on this blog.

Having just enjoyed one crystal bowl meditation and two kirtans this week, my radiance shows just how special Ottawa and our connection to our inner Divinity through sound is. Let's use this blog as a means of uniting our community, sharing upcoming kirtans and other gatherings.